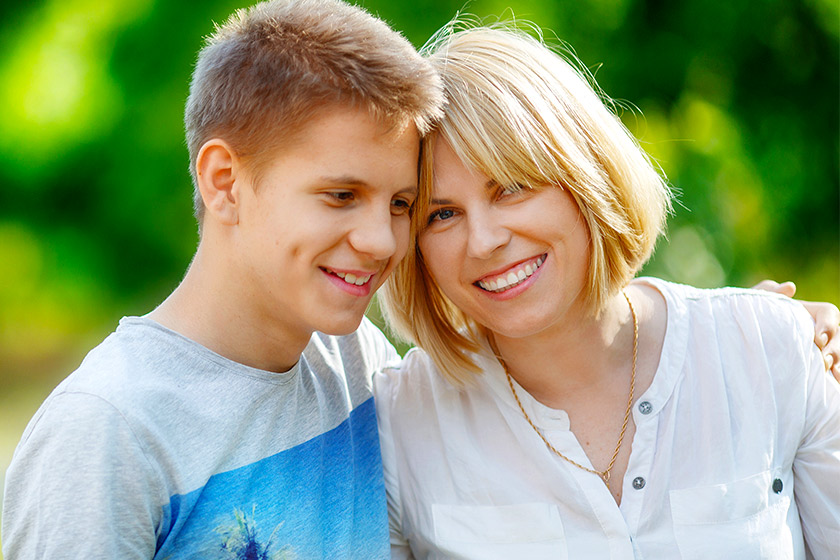 Many times it can be difficult to know what path is the right one to take and sometimes we can lose our way and need guidance.

One problem that we are facing can lead to several others and life can quickly spiral downhill as we latch onto addictions that need confronting.

Isaac, a 17 year old with a knack for positivity and openness, and lots of love between himself and his family, was once in a similar position before coming to Arbor Place and going through Multi-Dimensional Family Therapy (MDFT).

When Isaac was 11, he started abusing drugs and alcohol, stemming from mental health problems including severe anxiety, depression, and PTSD related to exposure to domestic violence.

At the beginning of MDFT, Isaac was smoking marijuana and taking dozens of anti-anxiety pills each day as a way to cope, and had a long arrest record.

Isaac had several unsuccessful addiction treatment approaches before MDFT, including a residential program, where he was “successfully” discharged, before quickly relapsing.

Isaac’s mother struggled with depression and was a victim of domestic violence. Isaac and his mother were very close, with a relationship that seemed less mother and son and more friends or equal partners. This led to Isaac feeling suffocated by their relationship and his mother’s emotional needs, leading to angry outbursts and aggression towards her.

Before coming to Arbor Place, Isaac was failing in school, had no sense of his future, and had few social ties.

1. Curb Substance Abuse
Upon starting therapy, the Arbor Place therapist immediately targeted Isaac’s drug use and helped him identify his reasons for using. It became clear that many of his actions were automatic responses he had learned and developed, as opposed to conscious decisions. Through therapy Isaac also realized that his primary reason for using was his anxiety, primarily stemming from arguments at home with his mom.

2. Improve Family Relationships
After years of near-constant, even sometimes violent, conflict with his mother, MDFT helped improve communication between Isaac and his mom, including being able to speak in a less confrontational way and listen without reactivity. When heated arguments did arise, the therapist helped them develop new strategies for coping in a healthier way. Therapy also helped Isaac learn how to directly ask his mother what he needed from her. For example, sometimes his mother’s depression or actions would affect Isaac in a negative way, unbeknownst to her. Throughout these discussions, the therapist helped encourage consistent treatment gains by encouraging them to do more fun and light activities together.

3. Improve School Performance/Motivation
As a way to re-establish trust between Isaac and his mother, the therapist suggested Isaac find areas in his life where he could show that he was making a sincere effort to change. Isaac identified school as a place he could improve, and made a major change to do better. Therapy helped his mother recognize and acknowledge this effort, which Isaac appreciated, and further motivated him. As therapy progressed and Isaac did better in school, he realized he had things to live for.

Six months after treatment ended, Isaac was sober, going to school, involved in community services, and looking for a job. The relationship between Isaac and his mother transformed into a nurturing and supportive parent-son relationship.

His mom experienced a significant decrease in stress, and finally felt like she had her son back.

If you would like to read more about Isaac and his mother, you can download the complete Case Study PDF here.

We Are Ready To Support You

The path to a guided recovery and support is right around the corner. At Arbor Place we promise to be there for you, in confidence, every step of the way.

We are only a call away.